Gratitude for the Earth 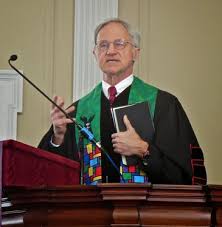 With The Rev. Dr. Jim Antal , guest preacher  in worship

-Discussion after the service with Jim

Climate Change  is the greatest existential threat of our time. The Rev Dr Jim Antal is a denominational leader, climate activist, author and public theologian. He serves as Special Advisor on Climate Justice to the General Minister and President of the United Church of Christ. Antal’s book, CLIMATE CHURCH, CLIMATE WORLD, was featured on Earth Day in the Chicago Tribune (2018), in Christian Century Magazine (2019) and by the AAR (2020). From 2006-2018, Antal led the 350 UCC churches in Massachusetts as their Conference Minister and President. Antal is a graduate of Princeton University, Andover Newton Theological School, and Yale Divinity School, which recently honored him with the William Sloane Coffin Award for Peace and Justice. In 2019 Antal was honored as recipient of the UCC’s social justice prophet award. An environmental activist from the first Earth Day in 1970, Antal wrote and championed three groundbreaking national UCC resolutions: in 2013 the UCC became the first national body to vote to divest from fossil fuel companies; in 2017 the national UCC Synod voted to declare a new moral era in opposition to President Trump’s withdrawal from the Paris Climate Accord; in 2019, the UCC national Synod became the first Christian denomination to endorse the Green New Deal.