Homelessness in our County – EOCP Representatives at Skyline this Sunday 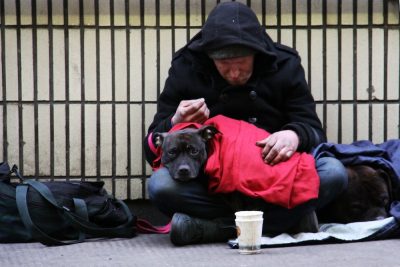 In recent years, journalists and advocates have tried to capture the scope of the Bay Area’s homelessness crisis — a problem that often feels unfathomable in its depth and complexity. This Sunday, we are pleased to have with us Terrance Thompson, Director of Transitional Housing at the Matilda Cleveland Clinic of the East Oakland Community Project (EOCP), along with several staff members and clients.  They will share a bit more about:

Join us for worship and a discussion after the service with Terrance, the staff and clients, to learn more about our neighbors living just fifteen minutes from here.

Special thanks to Nancy Taylor for her many years of  support and advocacy for EOCP.  Mark your calendars for Tuesday, Dec 17, when, with Santa, we will bring gifts, sing carols, and share a meal with these young families.

I’d also like to share with you, below, a story about the Genesis of a new model of providing urgently needed affordable housing in the Bay Area, that Skyline and I are instrumental in initiating.  This article is written by  the  Rev. Dr. Patrick G. Duggan, Executive Director of the United Church of Christ Church Building & Loan Fund. Since 1995, Rev. Dr. Duggan has also served as senior pastor of the Congregational Church of South Hempstead in South Hempstead, New York.

This past August, the UCC Church Building & Loan Fund (CB&LF) did something that, to our knowledge, had never been done in the Fund’s 166-year history. The respective boards of the Church Building & Loan Fund and the UCC Cornerstone Fund voted to approve joint financing of a $3.6 million loan to Genesis Worship Center, a nondenominational church located in Oakland, California.

So, what is new about a loan approval at CB&LF after financing over 4000 church projects?

Was it the size of the loan or that it was a participation loan between the two United Church of Christ church loan funds?  No, neither of these were new nor unusual. Perhaps it was the fact that the loan was made to a church that is not a part of the United Church of Christ? No, CB&LF has always included, as a part of its mission, offering its products and services to all Christian churches regardless of denominational affiliation or lack thereof.

What was precedent-setting for the loan to Genesis Worship Center is that it was the first CB&LF loan to be used to transform an existing church fellowship hall into an affordable housing project. When construction is completed in the next 18-24 months, a building that had been used for Sunday fellowship hour, church meetings, wedding receptions, and birthday parties will be transformed into twelve brand new affordable apartments for low- and moderate-income families from the Bay Area.

It is not lost on this author that CB&LF’s first loan for a major repurposing project on church property, an affordable housing development, is for a church named “Genesis”. In addition to the name, however, there are several elements to this project that signaled to us that the Holy Spirit was affirming CB&LF’s renewed strategic vision to transform communities by helping the Church live into God’s economy.

Firstly, over 28,000 people are homeless in the Bay Area of California, the third-largest homeless population in the country. The region has the second-largest percentage of homeless people in the U.S. without temporary shelter: 67%.  San Francisco recently reported 1,794 people living in cars, a 45% increase since 2017. Drive around any of the 101 cities in the nine Bay Area counties, and you will see families living in cars, in tent cities, on medians, dead-end streets, at railyards, under bridges and overpasses, in parks, and on downtown streets. Over 10% of the Bay Area homeless hold jobs, and some are college students.  A recent study reported that in the state of California, 19% of the state’s 2.1 million college students, over 400,000 people, have experienced homelessness in the past year. Some 60% of these students are housing insecure; half have experienced hunger.

The statistics affirm the biblical imperative for God’s people to act on behalf of the homeless and housing insecure. Bay Area congregations on their own and through organizations like the Interfaith Council of Alameda County (ICAC) have answered the call, working with local officials to offer immediate and short-term aid while developing long term solutions. It was partly through the efforts of ICAC Executive Committee member Pastor Laurie Manning of Skyline United Church of Christ that CB&LF was invited to present to the ICAC this past April to talk about the financing, consulting and transformational services CB&LF could bring to bear to meet this dire need.

Another sign of God’s hand was that CB&LF was sought out as a source of financing by New Way Homes, the developer for Genesis. New Way’s founder, a retired tech entrepreneur, formed the enterprise because he was moved by the urgency of the Bay Area housing crisis. New Way specializes in affordable housing development on urban church properties in the Bay Area. This talented boutique development firm understood that CB&LF offers low cost, flexible financing exclusively to churches and church organizations. They appreciated CB&LF’s mission and strategic vision to deploy its wealth toward ending poverty in America. They were amazed by CB&LF’s experience in helping churches to align the use of their real estate assets with ministry goals and community needs.

Thirdly, the timeframe from initial contact with Genesis to loan approval for the project was by comparison, extremely short.   Typically, churches are very slow to act on major building projects. For example, CB&LF will train or otherwise assist over 700 church leaders this year. Of that number, less than 5% of those leaders will influence their respective congregations to initiate a building project within the first 12 months after contact. Most congregations take two to three years to move from a decision to the start of a building project.

Genesis Pastor George Matthews, a gifted church leader who holds both MDiv and MBA degrees, was apparently among the 5% mentioned above. We visited Pastor Matthews and walked the Genesis Worship Center site in April 2019.  He worked with New Way Homes to submit a very strong loan application a few weeks later, and after review and underwriting by the Cornerstone Fund, the Genesis Worship Center loan application was approved by the CB&LF Board of Directors on July 26, 2019.

This past Saturday, Nov 1, these many partners, as well as Oakland Mayor Libby Schaff and District 4 Alameda County Board of Supervisor Nate Miley joined us for the groundbreaking ceremony.

As Mayor Schaff puts it, “this church, this congregation, this partnership, this leadership, working with the countyYou are going to set a new model, support the leadership of the Interfaith council of Alameda County, we inspire each other – our values are aligned, inspiring the faith community to do more about our homelessness crisis. Government cannot do it alone. we don’t have all of the resources we want to meet the needs that we see, that we have been called as public servants to do, to reduce human suffering, to create human society that is more fair, clearly we have more work to do in both categories, but we clearly cannot do it alone, & your partnership, your leadership, your delivery of these incredible results, 12 homes, where people will go to bed at night, with a sense of safety, where they will build a sense of community, you are creating a model for future programs. I encourage us to be creative, to be in partnership, in creating home for all people in our city. Thank you for being such an important part of building the Oakland Community”

Genesis… New Way… If this was a tale and not a true account of a new thing at CB&LF, you could not come up with better names!