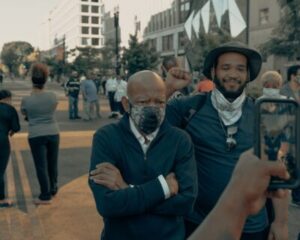 Photo by Clay Banks on Unsplash

Last Friday we bid farewell to two Great Titans in the civil rights movement in this country: Congressman John Lewis and the Rev CT Vivian, two men who dedicated their lives to freedom, equality and basic human rights.

Across two generations, beginning in 1960, John Lewis and the Rev. C.T. Vivian battled for justice and equality. They fought together for civil rights for 60 years and died on the same day in 2020. In honor of their memory, we must pause to remember and reflect on their resilience, their commitment to nonviolence, their understanding of the centrality of the vote, and, perhaps, just as important, their personal humility. Here’s a Smithsonian article about John Lewis.

Walter Jones recently shared this with me:  In memory of John Lewis, I reminisce about his leadership role as Chairman of the  Student Nonviolent Coordinating Committee; a key organization in the Civil Rights Movement and in the Freedom Riders, during the summer of 1961.

Walter continued,  Remembering Rev. John Lewis and his alma mater, Fisk University, last Sunday in our zoom discussion took me back to the protest period during my college years. John Lewis was a student and graduate of Fisk University, Nashville TN, and was trained by Rev James Lawson in nonviolent resistance.

James Lawson made a critical contribution to the civil rights movement. In his 1968 speech, “I’ve Been to the Mountaintop,” Martin Luther King spoke of Lawson as one of the “noble men” who had influenced the black freedom struggle: “He’s been going to jail for struggling; he’s been kicked out of Vanderbilt University for this struggling; but he’s still going on, fighting for the rights of his people”.

Fisk University, was among a number of outstanding academic institutions, complemented by rich spiritual and religious orientation, founded by agents of the American Missionary Association (the AMA), in partnership with abolitionist Congregationalists, out of which our denomination, the United Church of Christ (UCC), emerged.  The overt intentions of the religious founders were to provide African-Americans with an outstanding academic education that would be complemented by an equally rich spiritual and religious orientation. The AMA and it’s assets were given to the UCC which continued to annually fund several HBCU’s.

After eight decades braving taunts and threats and bruises and broken bones, trying to make the world that could be out the world that was, this very good troublemaker has slipped from here to hereafter—and he has departed, he has bequeathed something to us:

He has left us America.

It is our unearned inheritance, entrusted to us to fully steward in these days that he can no longer, whether we feel capable of or qualified for or ready to.

You and I awake today with a fragile, fractured nation in our hands, and the eyes of a world upon us waiting to see what we’ll do with it.

May we be faithful servants of our better selves.

May we be steadfast in making the America that could be.

May we be worthy caretakers of the struggle.

May we be the good troublemakers now.

Blessings, thanks, and love to each one of you, f continuing our part in being good troublemakers!