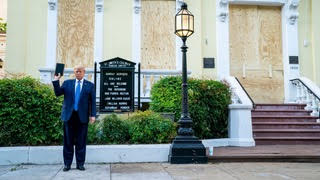 On Monday evening, the POTUS stood before our grieving country. Viruses are killing us (COVID, racism, militarism, materialism, environmental degradation), people are demanding justice, and grief is wracking us. What he gave us was a blustering speech on “law and order” and a blasphemous photoshoot where he held a bible upside down, without even a prayer, or a word of hope. Moments earlier he had ordered security officers to deploy teargas on peaceful protestors to clear them away.

If this is the image of Christianity that we worship, then I am not a Christian. 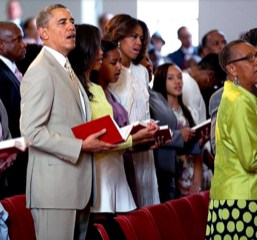 for all, we have taken that progress for granted and are losing ground.

Pastor and activist, Rev. Dr. Jacqui Lewis reminded us recently that since lots of white people seem eager to invoke Dr. King’s legacy to condemn ongoing protests, it’s worth revisiting what he actually said in his speech called “The Other America” given on April 4, 1967:

It is as necessary for me to be as vigorous in condemning the conditions which cause persons to feel that they must engage in riotous activities as it is for me to condemn riots. I think America must see that riots do not develop out of thin air. Certain conditions continue to exist in our society which must be condemned as vigorously as we condemn riots. But in the final analysis, a riot is the language of the unheard. And what is it that America has failed to hear? It has failed to hear that the plight of the Negro poor has worsened over the last few years. It has failed to hear that the promises of freedom and justice have not been met. And it has failed to hear that large segments of white society are more concerned about tranquility and the status quo than about justice, equality, and humanity. And so in a real sense our nation’s summers of riots are caused by our nation’s winters of delay. And as long as America postpones justice, we stand in the position of having these recurrences of violence and riots over and over again. Social justice and progress are the absolute guarantors of riot prevention.

We have much work to do to embody the beloved community that Dr. King spoke of. Today we repeat a cycle of pain and grief that we’ve known before and must learn once more. White supremacy is a sin that will not stand.

We have no “status quo” or middle ground here: you are either anti-racist, or you are racist. You are either actively working against racism, or you are complicit in upholding it. Being polite or “not political” is not an option. Either you believe we were all made in God’s image, beloved by our Creator, and meant to see God in the face of one another (Genesis 1:27), or you believe whiteness is better than the rest. Remember,  that Jesus was a brown-skinned, Middle Eastern Jew.

Thank you to so many of you, for sharing resources about how we can transform the system of police violence, learn more about our own implicit bias as “white people”, support young protestors of color, through prayer vigils, learn more about the poor people’s campaign, support Nueva Esperanza and Iglesia de Presbyteria with badly needed food, and support the efforts of the NAACP to ensure that people, particularly people of color,  are not arbitrarily removed from voting rolls in swing states.

With love, and see you on Sunday! Pastor Laurie

Wake me up, Lord, so that the evil of racism finds no home within me. Keep watch over my heart, Lord, and remove from me any barriers that may oppress and offend my fellow humans. Fill my spirit, Lord, so that I may build your kin-dom of justice and peace. Clear my mind, Lord, and use it for your glory. Remind me, Lord, that you said, “blessed are the peacemakers, for they shall be called children of God.” Amen.   ~ adapted from a prayer in For the Love of One Another

These next two weeks, our talented music director, Gabrielle Lochard,  is taking a few weeks of well deserved rest. We are blessed to have with us, our member Ken Medema, leading us in music.