A Light so Bright…. 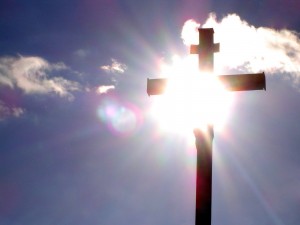 It seems fitting to end epiphany, the season of light, with a light so bright that no one on earth can produce it, a flash of brilliant, blinding revelation that illuminates not only who Jesus is, but also his mysterious words about his coming suffering, death, and rising again. May it also illuminate who we are on the journey.
I share with you, for further reflection, two beautiful quotes:

Marilynne Robinson, Gilead, 21st century
“It has seemed to me sometimes as though the Lord breathes on this poor gray ember of Creation and it turns to radiance–for a moment or a year or the span of a life. And then it sinks back into itself again, and to look at it no one would know it had anything to do with fire, or light….Wherever you turn your eyes the world can shine like transfiguration. You don’t have to bring a thing to it except a little willingness to see. Only, who could have the courage to see it?”

John O’Donohue, 21st century
“Much of the stress and emptiness that haunt us can be traced back to our lack of attention to beauty. Internally, the mind becomes coarse and dull if it remains unvisited by images and thoughts that hold the radiance of beauty.”