The Sacredness of the Earth 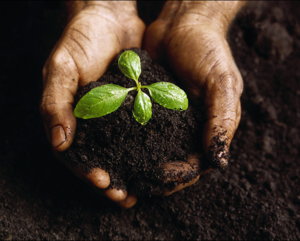 Even as more and more people are beginning to see God, not only in the heavens, but right here on the earth, we are also discovering how fragile and endangered the Earth is.

Just consider the latest reports from the UN. Or consider the increasingly dangerous fires, droughts, and hurricanes we’ve been experiencing.  The greatest need seems to be mobilizing the spiritual and political will to stop catastrophic climate disaster.  It is, among the greatest moral imperatives of our time, disproportionately affecting poor people of color, and future generations on this planet.  The U.N.’s climate panel tells world leaders the time for dithering on climate change is over.

For millennia, the ancients looked to the heavens, to the light of millions of stars above, to find God.  Although the stars still move us to wonder, contemporary people are learning that the soil beneath our feet is as mysterious, complex, and awe-inspiring as gazing into the night sky.  “I was stunned by what I learned about life in the soil,” says journalist Kristin Ohlson, “that when we stand on the surface of the Earth, we’re atop a vast underground kingdom of microorganisms without which life as we know it wouldn’t exist.  Trillions of microorganisms, even in my own smallish backyard, like a great dark sea swarming with tiny creatures.”
In fact, the soil is sacred.  Even the most secular writers understand that the ground calls forth an ethical, moral, and spiritual response.  We are powerfully connected to the ground, and the soil is intimately related to how we understand and celebrate God.  The late Irish Roman Catholic priest and philosopher, John O’Donohue, called the land “the firstborn of creation” and the “condition of the possibility of everything.”  The Earth itself, he insisted, holds the memory of the beginning of all things, the memory of God.  When feminist theologian Sallie McFague offers the metaphor of “body” to describe the relationship between God and the world, she is reminding us of both scientific truth and a sacred mystery.  “What if,” she asks, “we saw the Earth as part of the body of God, not as separate from God (who dwells elsewhere), but as the visible reality of the invisible God?

In her book, Grounded, author and scholar of American religion and culture,Diana Butler Bass, writes, “Although I had observed wounded landscapes, it did not occur to me that dirt was threatened on a larger scale.  Soil was like air or water, a boundless gift of creation, always present. Yet soil is being lost at an alarming rate all over the planet.  During the last century and a half, the planet has lost half its topsoil.”  According to a Cornell University study, American soil is disappearing ten times faster than the rate at which it can be replenished; China and India are experiencing erosion rates thirty to forty times faster.  In the last forty years alone, about one-third of the world’s formerly productive soil has become unusable, and the planet continues to lose approximately twenty-five million acres a year to erosion.  This is an environmental crisis to be sure, but it is a moral and ethical one as well.
Something odd is happening, however, as this disaster is unfolding.  At the same time that the Earth is losing its soil, more people than ever are making their way back to the ground. Skyline’s Green team, and our Garden of God, is a great example. So are many of you! Urban gardens are cropping up throughout the world, and people are learning to respect and participate in the miraculous processes that are happening, literally beneath our feet. 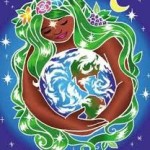 An atheist friend of mine is fond of saying, “I just don’t believe that God is an old man sitting on the throne in Heaven.”    Nor do the millions of people who still trust in God, yet reject this particular conception of God.  McFague calls it the “transcendent sky-God tradition.”  As Diana Butler Bass writes, “Instead of seeing God as distinct and distant from the world, we are acquiring a new awareness that the universe itself is God’s body, a complex and diverse interdependent organism, animated by God’s breath, the spirit of creation.  We are with God and God is with us because – and some people may find this shocking – we are in God and God is in us.  Maybe the far-off Heavenly Father is finally retiring, replaced by a far more down-to-earth presence, a presence named in Hebrew and Christian scriptures as both love and spirit.”  As Wendell Berry puts it “The idea of Heaven doesn’t take religion very far,” because the distance makes for too great an abstraction.  “Love,” as the very being of God, he continued, “has to wear a face.”  And that “face” is “our neighborhood, our neighbors and other creatures, the Earth and its inhabitants.
Join us this Sunday at 10 am  as we continue this revolutionary spiritual journey, drawing from the wisdom of Genesis, Jesus’s parable of the sower, Diana Butler Bass’s book, Grounded,  and Forrest Pritchard’s book, Gaining Ground.
After worship, food and fellowship, our conversation will continue from 11:45-12;30. All are welcome! Childcare is provided!
peace, Laurie .
Categories : Messages from the Pastor, Sunday Worship
Tags : Climate Change, Diana Butler Bass, Grounded