The Cathedral, Jesus, and the People 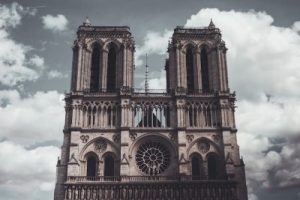 Like many of you this week, I watched along with the world as the footage of flames enveloping the Cathedral of Notre Dame went viral over the internet.  At first, the images of the grand spire collapsing echoed memories of 9/11.  I couldn’t help but ask why?  Why did this happen to this Cathedral, that so embodies the confluence of beauty, majesty, faith, art, history, and human expression?  Why, on the eve of Holy week? Was it a sign?

On the one hand, it is so heartwarming to see the universal outpouring of support and money from the world, to rebuild this church. But on the other hand, it raises more questions:

Where is the lament,  the media attention, and the universal outpouring of support to rebuild the communities of poor people of color in this world,  whose lives are on fire? Where 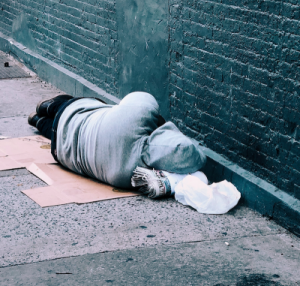 is the outpouring of support for the millions of black and brown people living as refugees throughout the world?  And for the millions who are being held in detention centers and prisons in this country?  And right here in Oakland, for the thousands living in tents on the streets of our cities, here, in one of the wealthiest areas in the world. 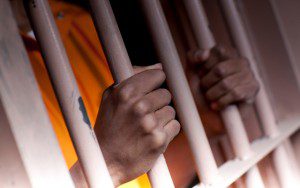 Would there be such an outpouring of sadness, if we were remembering a young man of color, in an orange jumpsuit,  arrested for being an insurrectionist, a disturber of the peace? Whose church was not a building, but the people whom he loved and healed and to whom he brought hope: the sick, the poor, the women and children, the people of color, the outcasts, and those in prison.   A man who’s church was the ecclesia, the people, who gathered to be inspired by the stories of the prophets.  Who was executed on death row, by the military, industrial, superpower of his time?

Because this is the story of Jesus, and the Spirit of justice. It’s helpful to me to remember who and what it was that so inspired people hundreds of years ago to build such a cathedral.

On the eve of Holy Week, we remember the brutal public execution of a Palestinian Rabbi, who so embodied such beauty, majesty, faith, love and compassion for the poor and marginalized that many believed that he was the son of God. We remember a man whose life and stories, a thousand years later, inspired people to build Notre Dame Cathedral. Whose stories,  two thousand years later,  give us hope now. 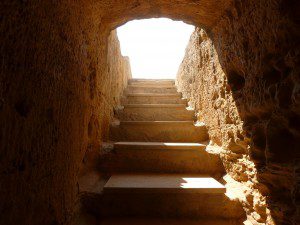 What do we do, in the face of such unanswerable questions? We remember him. We join together, and stand in solidarity with our sisters and brothers, out in the streets, near the prisons, and in the homeless encampments  to pray, sing and support one another through the power of these Spirit inspired stories, to rebuild our lives and our world, bringing good news for all people. It’s what humans do, and have always done. It’s called the ecclesia, the gathered community of faith, the church.

I’m inspired that  #NotreDame has already raised almost $1 billion in pledges toward reconstruction.  I’m even more inspired to support churches  less equipped to rebuild, like the 3 Black Baptist churches destroyed by arson earlier this month.  Join me in making a donation to these congregations, today (if you haven’t already). They need to raise $1.9 million to rebuild, and so far they’ve reached just $70k.  Click here for their gofundme site. Thank you!