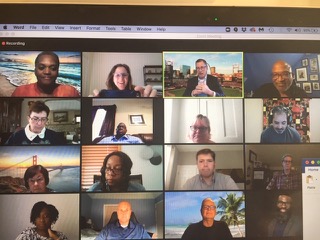 On February 18, 1965  at the University of Cambridge, in a debate (the motion of the debate was that the American dream was at the expense of black Americans) between William F. Buckley Jr. and the brilliant author, James Baldwin, Baldwin responded:

“The American Dream is at the expense of the American Negro,” “I picked the cotton, and I carried it to the market, and I built the railroads under someone else’s whip for nothing,” he said, his voice rising with the cadences of the pulpit. “For nothing.”

In his 2012 book, The Price of Inequality: How Today’s Divided Society Endangers Our Future,  by Nobel Prize economist  Joseph E. Stiglitz, he writes,

“There are two visions of America a half century from now. One is of a society more divided between the haves and the have-nots, a country in which the rich live in gated communities, send their children to expensive schools, and have access to first-rate medical care. Meanwhile, the rest live in a world marked by insecurity, at best mediocre education, and in effect rationed health care―they hope and pray they don’t get seriously sick. At the bottom are millions of young people alienated and without hope. I have seen that picture in many developing countries; economists have given it a name, a dual economy, two societies living side by side, but hardly knowing each other, hardly imagining what life is like for the other. Whether we will fall to the depths of some countries, where the gates grow higher and the societies split farther and farther apart, I do not know. It is, however, the nightmare towards which we are slowly marching.” 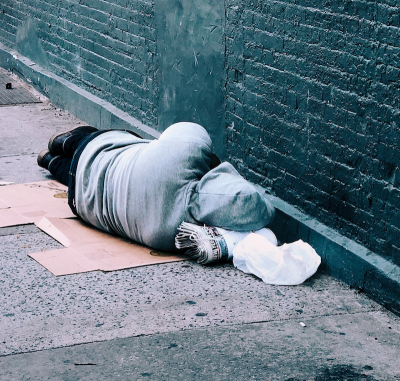 “The more divided a society becomes in terms of wealth, the more reluctant the wealthy are to spend money on common needs… clean air, water, healthcare, education..  The rich don’t need to rely on government for parks or education or medical care or personal security.”

“The protesters have called into question whether there is a real democracy. Real democracy is more than the right to vote once every two or four years. The choices have to be meaningful. But increasingly, and especially in the US, it seems that the political system is more akin to “one dollar one vote” than to “one person one vote”. Rather than correcting the market failures, the political system was reinforcing them.”

And now, the apocalyptic times have come. The perfect storm of  Covid 19, 1619, and the terrifying fires and hurricanes, all of which are disproportionately killing the poorest people of color.

As Nelson Mandela once wrote,

“As long as poverty, injustice and gross inequality persist in our world, none of us can truly rest.”

This Sunday’s gospel from Matthew reveals the great tension between God’s economy and Ceaser’s.  Just before today’s story, the disciples ask, Who will be the greatest among us?  (Aren’t we supposed to be first?) In typical fashion, in answering a question,  Jesus told a parable, about a generous landowner who promises the first workers a fair days wage, and the others, who are unemployed,  who came later – even just an hour before the end of the day, “whatever is fair.”

In the end, each laborer received a fair day’s wage.

And those who were first in line, complained.

The need is urgent, the time is now, and the place is here to bring forth God’s generous economy. Here in the US, the world’s wealthiest nation, where the top 3 billionaires have as much wealth as the bottom 50%, while at the same time 48% of the US population lives at or below the poverty line; while 20% of children and 1 in 9 seniors are food insecure, and are disproportionately poor people of color.

I am grateful to be part of the CB&LF, doing our part, to transform the economy of Caesar into God’s economy, to reach out and to welcome those most vulnerable, into God’s generous vision for all people.   May God inspire us to do so together.