Doubt is not the Opposite of Faith 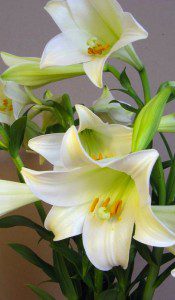 We live in time,  where, if you’re paying attention it is easy to become cynical. What’s needed in these messy, empty and unsettling times; beyond reason, beyond doubt, beyond fear; is faith.  Join us as we walk together, not in certainty, but in faith.

Blaise Pascal, 17th century
“It is the heart which perceives God and not the reason. That is what faith is: God perceived by the heart, not by the reason.”
Khalil Gibran, 20th century
“Doubt is a pain too lonely to know that faith is his twin brother.”
Anne Lamott, 21st century
“I have a lot of faith. But I am also afraid a lot, and have no real certainty about anything. I remembered something Father Tom had told me–that the opposite of faith is not doubt, but certainty. Certainty is missing the point entirely. Faith includes noticing the mess, the emptiness and discomfort, and letting it be there until some light returns.
Augustine, 5th century
“Understanding is the reward of faith. Therefore seek not to understand that you may believe, but believe that you may understand.”