Prayers for the Kurds and Leadership in this Country 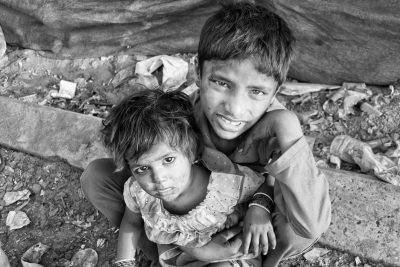 This past Sunday we lifted up prayers for the Kurds in Northern Syria. Let us also pray for our personal and collective moral leadership in this country.  Who would dare to be a US ally, when the betrayal of allies has become our  hallmark? Our President has betrayed the Kurds in the most cynical way, giving a “green-light” to Turkey’s invasion of Northern Syria and thus betraying the Kurds who have been our allies in fighting ISIS.

Why did he do this?  I’d like to share with you reflections from Rev. Dr. Susan Brooks Thistlethwaite  who is President and Professor Emerita of Chicago Theological Seminary.

It is an abrupt reversal of years of U.S. policy. Israel, a key ally in the region, is said to be particularly shaken by this sudden move, about which they apparently had no notice. Headlines from the Israeli newspaper Haaretz tell the tale: “Trump’s Kurdish Treachery” and “Trump Roundly Slammed.”

The Middle East is a delicate web of international alliances and histories. The one thing this region hates is sudden moves without consulting allies. As The Washington Post reported: “The abrupt withdrawal of U.S. troops from northeastern Syria and subsequent Turkish attacks on Kurdish fighters have badly rattled Israel’s national security experts, who decried President Trump’s action as a betrayal of loyal allies and evidence that Israel’s most vital supporter is a fickle friend at best.”

In 2015, Trump gave a radio interview in which he said, “I have a little conflict of interest ’cause I have a major, major building in Istanbul … It’s a tremendously successful job. It’s called Trump Towers — two towers, instead of one, not the usual one, it’s two.”

As it turns out, it’s more than a little conflict of interest. Trump doesn’t own these towers, he leases his name. And it’s been very lucrative, per reporting from Mother Jones: “According to personal financial disclosures filed by Trump, since he launched his bid for the presidency, he has earned somewhere between $3.2 million and $17 million in royalties from the deal. (The amounts are given in ranges; the precise figures are unclear.)”

So Turkish President Recep Tayyip Erdogan and his current supporter, Aydin Dogan, the wealthy owner of these glass towers with Trump’s name on them, have quite a hold on Donald Trump. Erdogan has actually threatened to remove Trump’s name from the towers in the past when he has done something Erdogan doesn’t like.

Maybe this betrayal of the Kurds is just as simple and terrible as keeping Trump’s name on two towers in Istanbul, and the security interests of the world be damned. Literally.

The world’s religions reserve a special scorn for those who betray their friends, especially for financial gain. In the Christian scriptures, Judas is said to have agreed to betray Jesus for “thirty pieces of silver.” (Matthew 26: 14-16)

In the climactic scene from the movie “A Man for All Seasons,” Sir Thomas More is betrayed by Richard Rich, who has been bribed to do it by being made attorney general of Wales. More tries one last time to get his former friend to repent, and he quotes Jesus of Nazareth on what it does to a person to betray another for money. “Why Richard, it profits a man nothing to give his soul for the whole world (Matthew 16:26). But for Wales?”

Betrayal of a friend for a real estate deal, even one as big as the whole world, profits you nothing, Jesus argues. Thus, we might paraphrase Jesus words as follows:

“Donald, it profits a man nothing to give his soul for the whole world. But for your name on two glass towers?”

Let us pray, as a nation, for the restoration of our souls.