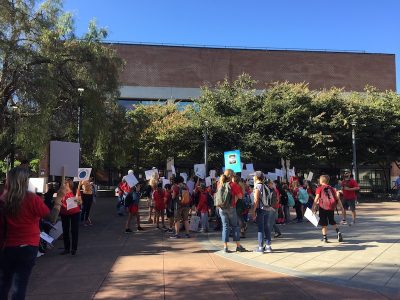 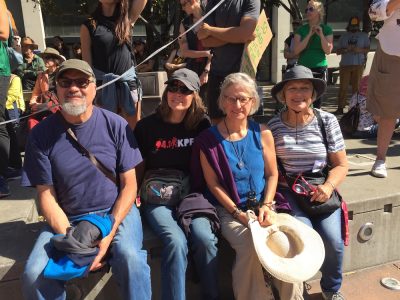 The U.N. made science very visible in advance of this meeting.  https://www.pbs.org/newshour/show/fiery-calls-to-action-at-un-climate-summit-dont-win-pledges-from-worst-emitters

Recently, the Pew Research Center, a nonpartisan fact tank, measured the percentage of people in the US who believe that climate change is a threat to the well-being of the planet. The results were more telling than even I expected.  94% of liberal democrats believe it is a threat, but only 19% of conservative republicans do. Perhaps even more frightening is that only 57%  of all people in the US do.

In Europe, the very question would illicit incredulity because they KNOW climate change is a threat, just like they know the earth is round and the sun is hot. How this became a matter of opinion in this country is a frightening tribute to politicians’ ability to use the media and the bible to manipulate our trust in the most basic science-based facts.
Relatedly, if we can be made to doubt something so obvious, what other things have we been made to believe that simply aren’t so? Well, a good portion of people in this country believe that tax cuts for the rich will help the poor and middle-class. Many people believe we went to war with Iraq because of 9/11.  Apparently, many people still believe that capital punishment deters crime and that guns make us a safer nation.
I have been so moved by the clarity of Greta Thunberg, the voice of a young prophet of our times, challenging insatiable greed, at the expense of life itself.
I give thanks to Skyline for being a part of the movement, to reform our understanding and our ways of what it means to be good stewards of this precious planet, and embodying inclusive love of all people, especially the most vulnerable. I give thanks for advocating for the Green New Deal, as part of this global grass roots movement for life.

Join us this Sunday as we deepen our connection to this global grass roots movement for life. We look forward to celebrating Yom Kippur with Rabbi David Cooper, a passionate advocate for social and environmental justice, and  founding rabbi of Kehilla synagogue in Oakland. Here’s some info about David.